19 Sep Always something there to remind me…

Do you ever wake up with a song playing in your head? With lyrics by Burt Bacharach and Hal David, this one, I discovered, was originally recorded as a demo for Dionne Warwick in 1963, and first charted for Lou Johnson in the summer of...

I woke up the other morning with an old verse I'd learnt at school — not sure which year, but it was at least half a century ago — playing in my head like on a tape recorder. And the rhythm was still there! I'm sure some of my readers will have also known this poem from school days: "Cargoes" by John Masefield? Even the foreign words were still intact and popping up out of the subconscious like bubbles from a geyser. It took me some days before I got around to Googling the poem and finding oral renditions of it on YouTube. I think what I liked about the poem (and still do) was the exotic-sounding words, not to mention the rhythm of the seas, and the sense of the wind in the sails. It lifted me out of the dreary classroom and into exotic faraway places . The contrast of the last stanza, with the two preceding ones, always enchanted me in class. That's when the rhythm changes to mimic the type of sturdy, industrial-age "coaster" vessel and its more prosaic cargo. I read somewhere that the cargo items in Stanza 2 were taken directly from the Bible.
Read More

21 Aug The earth is sick and in need of salvage

The earth is sick, its lungs stuffed and out of puff, its bones brittle near to break cancer cells spreading throughout its crests amid tumescent landfill dense as gas Her womb’s barren as melting ice all of this oblivious only to the unexamined life
Read More

16 Aug Our Galactic Address: A Poem

Galactic Address What are we doing here on this moving globe Earth insects swimming in the Orion Way far from the centre of the Galaxy clinging to the cavity of the Local Bubble in this solar system called the Milky Way? An insignificant metal ball, trapped in motion, endlessly, drawing circles concentrically around the fiery sphere, mirrored in...

20 Feb A Window into Poetry

The photo below is of my first childhood house at Waterview, via South Grafton. It was taken several decades after my time spent there within the bosom of my first family. I think it is the inspiration for the poem, below, which is probably my best. 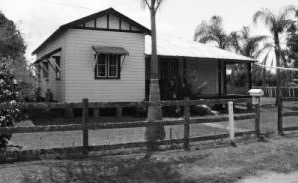 Poetry is not my most practised genre, but I have been told that my prose writing is poetic and rhythmical. Like many writers, I lack confidence in my ability to create successful poems. For this reason, this post will be followed by recent research exploring poetry I carried out online:  what it means to many others like me, struggling to understand and/or to produce it.
Read More

Posted at 23:31h in Poetry, Writing by Anne Skyvington 0 Comments
0 Likes
The negative urban images in the poem are juxtaposed with many very pleasant images. Some of these are the beautiful women and art in salons, and the mermaids frolicking in the sea at the end. This "feminine imagery" stays with me, rather than the negative ones of growing old, smoky streets, and lonely men. That is partly because of the rhythm and the sound of the words as they slip off the tongue, sublimating the ugliness inherent in some of the lines. 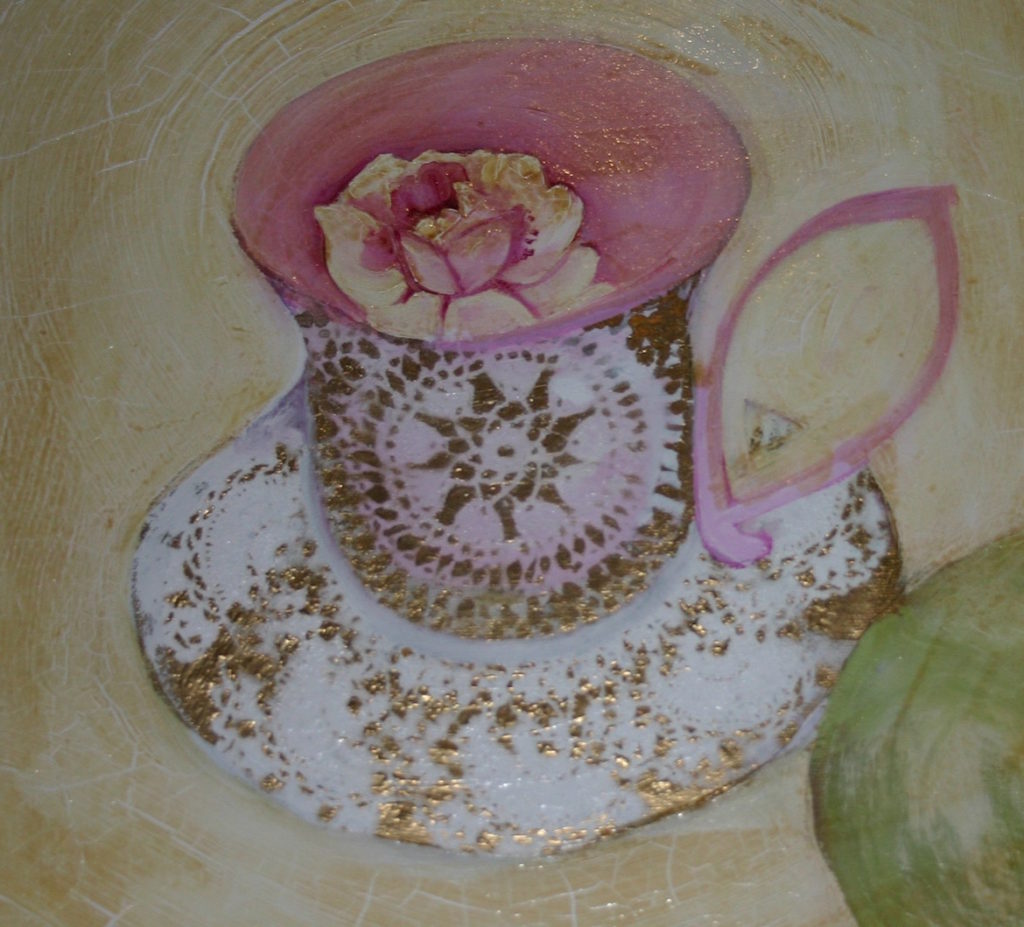 Shall I say, I have gone at dusk through narrow streets And watched the smoke that rises from the pipes Of lonely men in shirt-sleeves, leaning out of windows? ... I should have been a pair of ragged claws Scuttling across the floors of silent seas.
Read More

Posted at 18:40h in Poetry, Writing by Anne Skyvington 0 Comments
0 Likes
The Image below is of a photo I took outside Il Palazzetto Bar near the Spanish Steps in Rome in 2012. It suggests obliquely for me the unexpressed sentiments in the poem of loss, love, and melancholy related to growing old. Eliot was reading Dante Alighieri's main works when he wrote this poem. The photo at the bottom of this post is of a statue I came across on a street corner, during my first visit to the Eternal City in 2009. 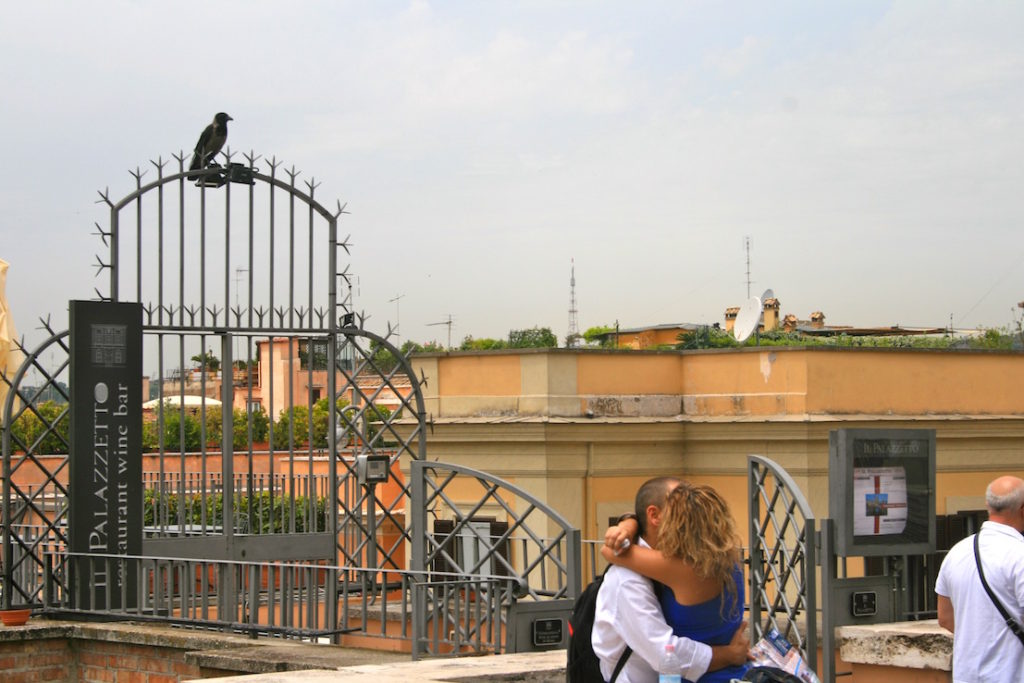 The Love Song of J. Alfred Prufrock Let us go then, you and I, When the evening is spread out against the sky Like a patient etherized upon a table;
Read More

Posted at 21:15h in Poetry, Writing by Anne Skyvington 2 Comments
0 Likes
Eliot's poem, "The Love Song of J. Alfred Prufrock", and especially the second and third lines, are said to herald in modernism in poetry.  His is an excellent example of a unique voice. The voice reverberates from the words, almost jumping out of the page. It resonates for the reader, reaching out to decode the metaphorical content. T.S. Eliot wrote this poem in 1910 when he was twenty-two years old. It was first published in 1915 at the instigation of Ezra Pound. [embed]https://youtu.be/JAO3QTU4PzY[/embed]
Read More

I was drawn to the exotic name Ein Gedi, when coming across it in my brother's first novel set partly in Israel. Then in a friend's writing based on a poem by Ted Hughes from "Folktale", part of  Hughes' collection entitled Capriccio.  Hughes refers obliquely...

Oh! I have slipped the surly bonds of Earth And danced the skies on laughter-silvered wings; Sunward I've climbed, and joined the tumbling mirth Of sun-split clouds, — and done a hundred things You have not dreamed of — wheeled and soared and swung High in the sunlit silence. Hov'ring there, I've chased the shouting wind along, and flung My eager craft through footless halls of air. . . .

Up, up the long, delirious burning blue I've topped the wind-swept heights with easy grace Where never lark, or ever eagle flew — And, while with silent, lifting mind I've trod The high untrespassed sanctity of space, Put out my hand, and touched the face of God.