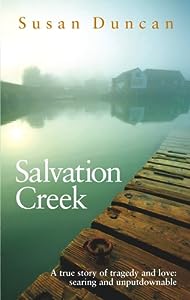 Lately I’ve been reading reading reading … especially memoirs, as I come closer to sending one of mine off to a competition at Finch Publishing. I’ve also been attending Beth Yahp’s Memoir Evenings at the Randwick Literary Institute on the last Tuesday of the month.

One of the books I’ve enjoyed recently is Marzipan and Magnolias by Elizabeth Lancaster (Finch Publishing, 2010). It has one of the best ‘hooks’ for a first chapter (Venus Sydney 1981) I’ve read and starts with : “Sometimes I wonder what happened to my first patient in the neurology unit of the inner city Sydney hospital where I worked as a new graduate. She was about twenty-two and called herself Venus. Dyed black hair framed her ultra-white face, and safety pins dangled from one ear. Venus was of ‘no fixed address’; she was tough and cool and she had multiple sclerosis.”  This memoir is motivated by the author’s eventual contraction–is that the right word to use?–of multiple sclerosis. However it’s about much more: her childhood, her passionate affairs with boyfriends and cultures, and ultimate marriage to a German. It’s funny in many parts, especially about her fatal attraction to the (‘loser’?) Seamus and all things Irish, that is until she falls for Martin. It’s about the toughness of the human spirit in the face of physical and emotional challenges in which the role of humour is an important aspect in this story.

Green Vanilla Tea by Marie Williams won the Finch Memoir Prize in 2013. It’s also about challenges in the face of illness, but in this case the sufferer is the author’s husband.  He changes from a loving partner and engaged father, into a stranger who must walk the streets as if in search of himself. Eventually he is diagnosed with early onset dementia and motor neurone disease. at 44 years of age. The most lasting impression after reading this book is the author’s (and their sons’) enduring love for the husband/father which transcends through courage and endurance the devastating effects of his illness. She puts off until the last moments placing him in a nursing home for dementia patients, and manages the terrible symptoms of his disintegration with the help of friends and loved ones who rally around her. In spite of the negative aspects of  the husband’s  slide towards death, it’s the  transcendental aspects of this story that reign supreme. His a paragraph fr m the middle of the book encapsulating the author’s strength and purpose in protecting her husband: “Somehow, even as we ‘lose’ more of Dom every day, he offers us a new way to look at things. To be stripped of your past and to have no sense of your future leaves you firmly in the now. There is no room here for attachments to the things we assume make us happy. From my new world of shredded irrelevancies, there is no mistaking what is important. Through Dominic’s journey of dying I am so much clearer about what bring”s life.”

Another book, Salvation Creek by Susan Duncan was also a memoir I couldn’t put down. It’s a redemption story, told by a middle-aged woman who has lost the two important men in her life to cancer–her husband and her brother–within the same week. then later on, she also  develops breast cancer. From her position as a high-flying editor of an Australian women’s magazine, she makes a brave choice to throw in her career and her past life for a radical ‘harbourside change’. The total love affair does not happen overnight, but she is eventually seduced by the beauty and peace of nature, and builds a life on the foreshores of a Pittwater bay, far removed from the Sydney city centre. It’s a story told with passion by a woman who loves people, dogs, food and nature. Her writing is often over-laden with too many adjectives, images and mixed metaphors, but this is her character–she always cooks too much food for parties too–and she carries the reader along with the sheer weight of her personality. I loved it!