Posted at 13:13h in Emotions and Health, Writing by Anne Skyvington 0 Comments
0 Likes

Many well-known writers down through the ages have suffered from melancholy or melancholia. This sort of ongoing negative feeling that artistic people often suffer from is different from everyday sadness or occasional bouts of depression that many of us feel from time to time. Extreme emotional sensitivity basic to melancholy (often referred to as ‘clinical depression’ today) seems to go hand in hand with the desire and ability to put pen to paper. Melancholy also seems to be, at least in part, an inherited condition or predisposition, leaving one open to more serious forms of mental illness. When I say ‘in part’ I mean that environment also plays a huge role in the ultimate outcome and expression of the disorder; possibly the solitary life of the writer contributes to it also. 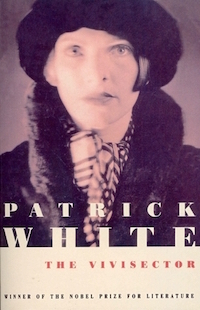 Australian author Patrick White (1912-1990) preferred not to seek treatment for his ongoing depression, which is well documented in his autobiography and biographies, because he felt that his creativity might be prejudiced if he were ‘cured’ or medicated. One of his novels, The Vivisector, presents the artist as a doctor, who analyses people like a surgeon cutting into bodies. White fell out with many of his friends during his lifetime, because of his mood swings and his tendency to treat people badly at times of stress. But he has always been forgiven by the reading populace, because of the amazing body of work he left us.

English speaking authors who wrote about their melancholy include Samuel Johnson (1709-1784), John Keats (1795-1821), Virginia Woolf (1882-1941), and Sylvia Plath (1932-1963) to name but a few. Johnson lived to a reasonable age, but the others died young as a result of their melancholic personalities. Two of them, Wolf and Plath, committed suicide when subject to depression.

When I use the word ‘melancholy’ and ‘melancholia’ instead of the more modern term ‘depression’, it seems to englobe the positive connections seen or felt by the authors themselves, as well as the negative connotations of illness and misery.

I’m not suggesting that you have to be mentally ill or melancholic to write well.  Furthermore, there are great sportive people, politicians and people from all walks of life, who suffer from depression and bipolar illness. Still, as someone with an interest in this subject, I find it fascinating that so many writers fall into what I call the melancholia category.

Kay Redfield Jamison suffers from bipolar illness, which used to be called ‘Manic-Depression’. She documents the illness vividly in her memoir An Unquiet Mind. She actually embraces her bipolar, because of her heigthened imaginative capacity and the enjoyable ‘highs’ she experiences.

She is also able to keep her illness in check, as she is a psychiatrist specialising in Lithium, the main mood stabiliser for sufferers.

This is a wonderful read on the subject of bipolar illness.